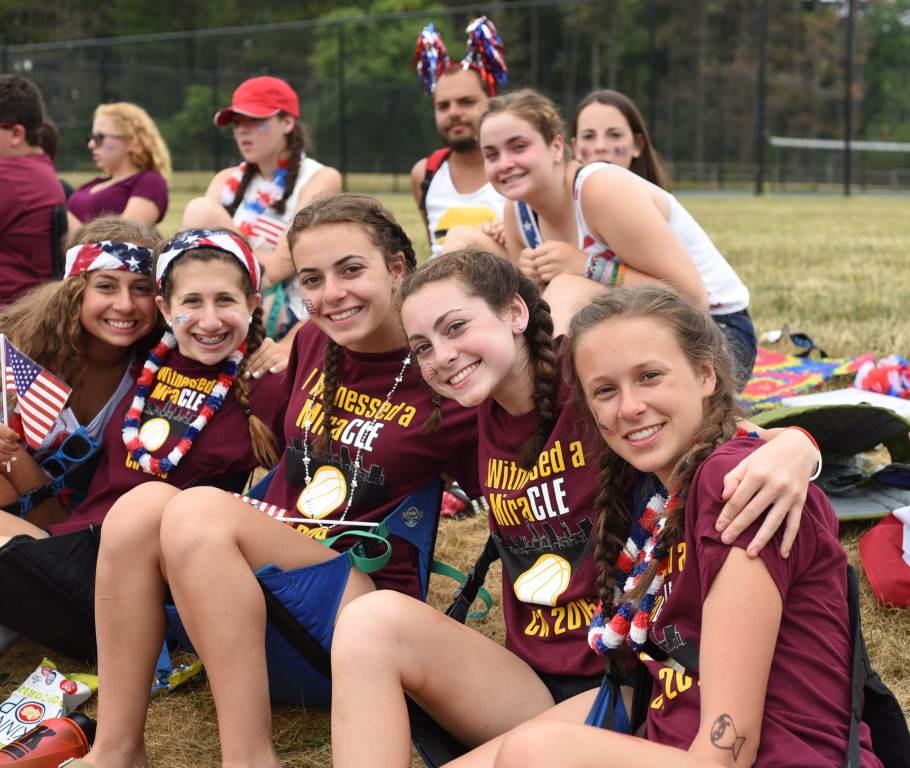 On Thursday evening we gathered to watch the session’s camp play “Seussical Jr.”. As the story is told (by the Cat in the Hat) it teaches us that a strong sense of compassion, community, and friendship are necessary to overcome obstacles and that placing a high value on those principles will allow for success. As I watched our campers take to the stage I realized that not only did the actors, the set designers, and the production crew learn to care for one another, so did everyone at camp this summer. In just a little while, as we celebrate the final Shabbat of the session, we focus on the value of tikkun olam (repairing the world). In their preparation the Solel campers discussed the idea that tzedakah (giving) as one aspect of tikkum olam, means that everyone should have the opportunity to give whether it is of their time, their talent or their treasure. The idea of giving in this way is representative of the ideal staff member.

When First Session concludes in a few days, campers will return home filled with memories and moments that they will be eager to share. All of this was made possible by the phenomenal team of staff that worked with the campers daily. When a staff member is hired to work at Camp Wise they accept a huge responsibility. And they are not just hired for their ability to care for your children but also because each staff member represents a unique leadership quality that is important in the development of our camp community. When your campers go home and tell you about the time the entire camp spontaneously joined in a new cheer in the chadar (dining hall), when all of camp formed one large circle in a spiritual moment during Havdalah, or even when all of our camp community enjoyed fireworks at the Geuaga County Fairgrounds, we remember that those moments could not have happened without the special team of staff working at CW this summer.

During the session I’ve had the chance to once again witness what makes Camp Wise such a special place; I saw campers overcome homesickness, create new friendships, accept challenges, and master new skills. I saw campers explore their Judaism, discover new talents, and grow to be more confident individuals. Thank you for allowing me to spend the summer with your campers and allowing me to be a part of your child’s growth. Thank you for giving your children the gift of camp, the gift of Camp Wise.

This week we were joined by 27 campers from Anisfield Day Camp. We enjoyed having them in our program and sharing with them our love for Camp Wise. Read below to hear more about their taste of Camp Wise experience!

Anisfield Day Camp Goes to CW: This week we had an amazing group of campers join us for 5 days of jam packed camp fun! While they were here they got to Jet Ski, tie dye, horseback ride, swim, and enjoy many more fun and exciting camp activities. We were sad to see them go this afternoon but we hope this week was just the beginning of their time Camp Wise!

C1: The futons went on a nature hike in the CW woods this week. They also went on a secret adventure to the lake where they found hidden treats!

C2: The July 4th carnival and all camp cookout was a highlight for these guys! They also enjoyed their activities at instructional swim and musical games in radio.

C7: The stepstools used their last week of camp to bond as a cabin; they made compliment bracelets and shared what they’ve enjoyed most about this summer! They also became different parts of a hamburger meal and created a skit to perform on stage in front of all of camp.

C8: The ladies of the C8 Waterbeds got treated to homemade chipwiches thanks to their awesome counselors. They also had a magical Neverland pool party and all climbed the tower!

O1: These guys had an incredible time on the July 4th at an All-American Camp Carnival! Later in the week they explored the wonders of the Watachachee in a Texas style evening program.

O2: This cabin learned about the beauty of Eretz Yisrael in their Israeli Culture activity. And they grew closer to nature with a cookout in the Camp Wise woods as part of the Ohalim boys overnight.

O3: This week was filled with cabin bonding, coming together to prank their supervisor! Later in the week was tons of messy fun at a paint party in the village.

O4: The men of O4 showed off their sports skills in their basketball cabin activity where they channeled the abilities of our Cleveland Cavalier, NBA Champions! They also discovered the heights of the CW tower.

O5: This cabin has had an “explosive” week! In addition to continuing to educate all of camp about the best invention of space pants, they also enjoyed the fireworks display at the Geauga County Fairgrounds.

O6: The ladies of O6 had a great week trying so many things around camp! Their dancing talents shined through when they performed an Israeli dance on stage for all of camp!

O7: O7 let their adventurous side show through this week. The girls tried out mountain biking and love jet skiing down at the lake!

O8: These girls had tons of fun doing soccer, jet skiing and more this week! The cabin also loved seeing the amazing fireworks on the 4th of July.

O9: This cabin loved the 4th of July and had an all-around great last week together! They tried out the giant swing and climbing tower in their last few cabin activities.

O10: The “O10 Burgers” have had an amazing week doing cabin bonding. They particularly enjoyed the giant swing, horseback riding, and tie dye!

N1: These guys had a fantastic last week! They’ve been having tons of fun climbing at the vertical playground, playing soccer, and even choreographing their own dances!

N3:  In their last week of camp this cabin successfully completed the high ropes course and all did great. They loved playing with potatoes during mashed potatoes in a sock evening program!

N4: This last week was all about uniting as a cabin. They had a dance party involving music with crazy lyrics and enjoyed “us time” where they could spend more time as a cabin.

N5: These ladies had an awesome 4th of July!  They even won a movie night for their cabin in the all camp raffle.

N6: As a cabin this group had an awesome time completing the vertical playground! There was a lot of encouragement to support cabin mates as they conquered their fears. They also created their new 2016 tie dye shirts and they look awesome!

N7: The ladies of N7 enjoyed their time at the lake where they jet skied and tubed with another Noar cabin! They also really enjoyed their pottery cabin activity.

N8: N8 found some baby bunnies earlier this week during their soccer cabin activity! They even helped take care of them and name them before we moved them to a safer location.

Solel’s last week of camp has been unreal! Solel went on their last trip, to Columbus, where they had an amazing time making their own Stromboli at a beautiful cannery! That night, they continued their fun with an awesome Clippers vs Mudhens baseball game! The next day, consistent with their Shabbat theme of tikkun olam, Solel helped out at the food bank. The campers completed the week by putting their finishing touches on Solel Shabbat! They are simultaneously excited and sad for their last days as Camp Wise campers!