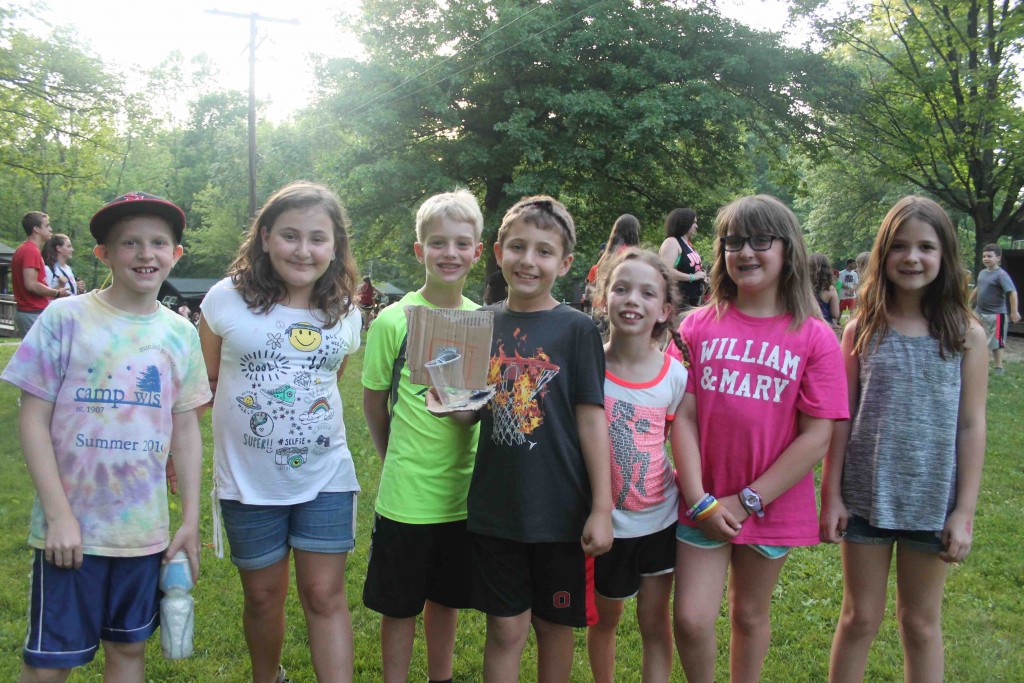 There is nothing more satisfying than listening to the crackling of a campfire. This summer we introduced a new tradition to our opening day. Following an eventful day of unpacking, camp tours, group games and cabin bonding, all of camp joined together for an opening night campfire program. During the evening, we honored staff who are celebrating more than 13 summers at the Home of Happiness and sang songs commemorating our first night of the season. We introduced the Shehecheyanu blessing that in Jewish tradition is said to celebrate new seasons and to celebrate special occasions. The night concluded when we introduced the concept of L’dor Va’dor, the idea of passing traditions, as our oldest campers in the village of Solel collected the remnants of the fire. These will be returned to the fire for the 2018 opening campfire.

The first week of the summer just flew by! Campers have already had opportunities to experience all the best of Camp Wise. From cheer-offs and song sessions in the chadar (dining hall) to jet ski rides around the CW lake, tie dye, sports and more; it already feels like our community of 500 is one big happy family. Solel left camp for their first trip to Toledo and Put-in-Bay. While in Toledo, our Solel campers had the opportunity to work with Camp Wise Alum, Adam Goldberg, at his glassblowing studio. Learn more about Adam and his studio by visiting http://www.gatheredglass.com/adam-goldberg.

The village of Noar is leading camp in Shabbat this week and they have been working hard to make sure our first Shabbat is a memorable one. Campers worked together to study this week’s parsha (Torah portion), Shelach Lecha, which means go for yourself. In this parsha, God tells Moses to send twelve men, one from each tribe, to scout the land of Canaan. Through group discussion, Noar chose to link this parsha to one of Camp’s Core Values, B’tzelem Elohim (In the Image of God). It was pointed out that we are all on our own journey in life to figure out what we are meant to do, and campers talked about how we can accomplish much more when we believe we can. The Torah teaches that everyone is created in the image of God, and at camp we teach that mensches (decent people) are honored and recognized, and can emerge as leaders among both campers and staff. At camp, we learn to treat every person, including ourselves, with respect and dignity as we celebrate what connects us and honor what makes us unique and special.

With all the excitement here in Chardon, it’s no wonder we’ve had many people ask over the last week if it’s too late to register for camp. We do still have limited space available for second session. In addition there are spaces available in the collaborative Camp Wise program with the Anisfield Day Camp, and the day camps of the Columbus and Akron JCC’s. There are also several programs in August & September designed just for you and your families – Alumni Camp: August 11-13, Family Fun Day: August 20, Women’s Weekend: August 25-27, & Family Camp: September 1-3. For more information visit our website (campwise.org) or call the CW office!

C1 – Cabin C1 enjoyed getting to know each other during bunk night, where they bonded over a campfire. They had a song session the next morning where they sung some camp wise classics. 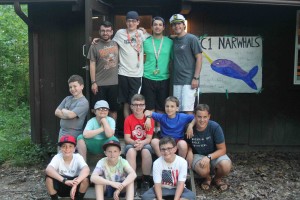 C2 – C2 had a blast during their evening program, Chalutzim’s gone wild, and found their supervisors after an exciting scavenger hunt.  Earlier that day, they played tennis and worked on their acting skills at drama. 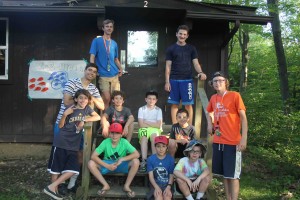 C3 – C3 had an exciting first full day that started with a trip to the camp lake.  Then they came back up to the Chalutzim fire pit to cook some delicious food in outdoor cooking. 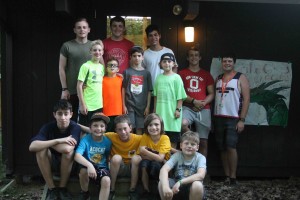 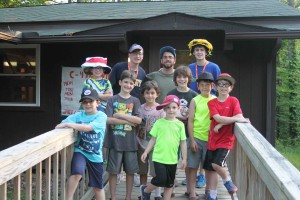 C5 – C-5 has had an amazing start to camp! They have already gone to the Giant Swing, Archery, Teva and Soccer! They have loved also loved swimming all week! We can’t wait to see what amazing things are in store for the next week! 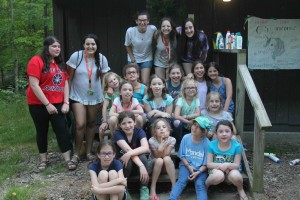 C6 – C6 had an amazing first week at camp. They enjoyed climbing the Camp Wise tower and mastered their skills in tennis. They are having so much fun as C6 Pegasus! 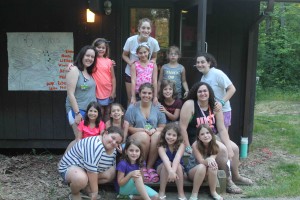 C7 – C7 started out the week an incredible bunk night where they all got to bond and get to know each other. They also got a chance to ride our horses all around camp. 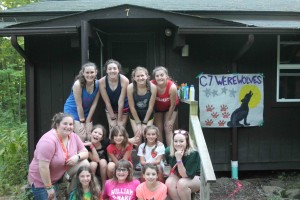 C8 – C8 had a great time at Chalutzim’s evening program creating an item to sell. They also brought out the acting skills as they participated in their drama cabin activity. 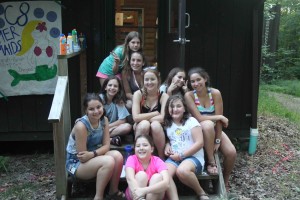 O1 – O-1 Mercury has had an awesome first few days of camp! O-1 created their very own Camp Wise tie-dye t-shirts to remember their first summer in Ohalim! They also created delicious treats to enjoy during their Outdoor Cooking cabin activity. 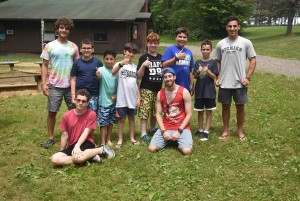 O2 – What a great first few days for O-2! This cabin enjoyed seeing Camp Wise through the eyes of a horse as they trotted on the paths. O-2 created an epic rap for the Ohalim Rap Battle evening program on Tuesday evening! 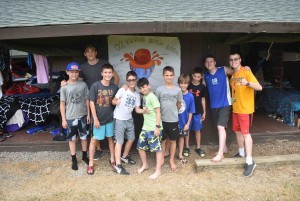 O3 – O3 has had a great week getting to know each other and bonding. They especially enjoyed their archery and tennis activities together! 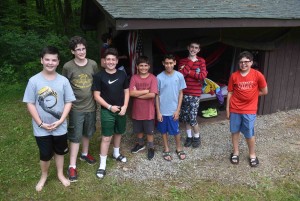 O4 – O4 is one of the loudest cabins in camp! They loved their surprise game of basketball on Tuesday night and now know the official “O4 rumble” cheer! 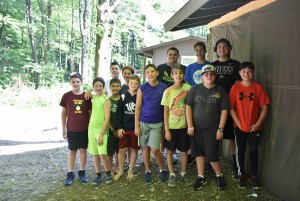 O6 – O-6 has had an incredible start to first session. Jupiteriyaki shared lots of laughs on Bunk Night as they bonded as a cabin. They have been loving swimming during the hot afternoons and embracing their inner zen during their yoga cabin activity. 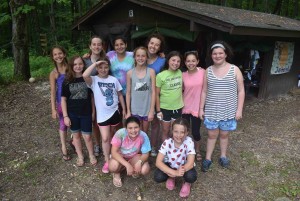 O7 – It has been an exciting week for O-7. As a cabin they created a cabin plaque, conquered the vertical playground, and enjoyed practicing their yoga poses. They bonded as a cabin as they created a performance to share with their village during an evening program. 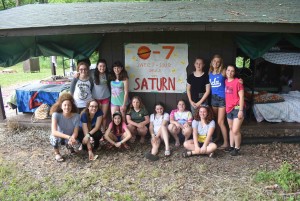 O8 – O8 has had an awesome week trying so many different things around camp! They really loved spending time down at the lake on the jet ski! 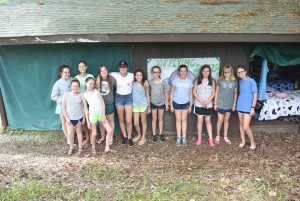 O10 – O10 has had so much fun this week – from celebrating birthdays to riding on our jet ski, they’ve really done it all! They also had a great time playing tennis and climbing up the vertical playground! 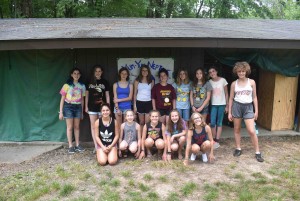 N1 – What a fun week it’s been for N1! They’ve played tons of basketball and really showed their creativity in the podcasting cabin activity! 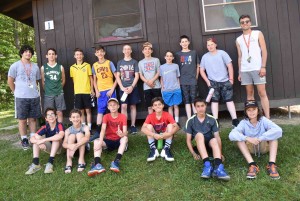 N2 – N2 really showed off their choreography skills at the battle of the bands evening program. They used a lot of creativity in their synchronous performance. 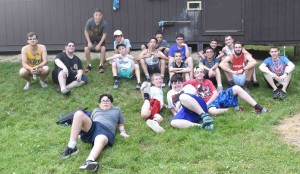 N3 – N3 has had nothing but smiles all week! They’ve really been bonding as a cabin, which was seen by everyone when they took home the title of Winners of Battle of the Bands! 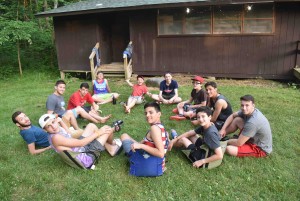 N4 – N4 showed off their skills as they climbed up the vertical playground this week! They have had such a great week joking around together and had so much fun on the scavenger hunt Noar went on all across camp. 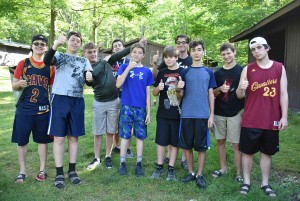 N5 – N5 got super involved in their soccer cabin activity and had so much fun! They got to show off their fun side this week in their costumers for Battle of the Bands. 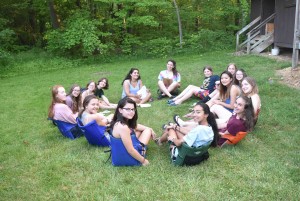 N6 – N6 got to ride all around camp while mountain biking this week! They even got to enjoy a song session together. 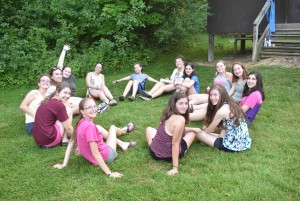 N7 – N7 celebrated Watermelon Wednesday this week and got all of camp involved and cheering for it! They’re so enthusiastic and love camp! 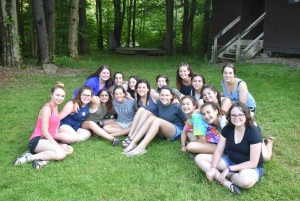 N8 – N8 is always up on their benches cheering and so excited for Noar! They get the whole village excited and have become really close as a cabin already. 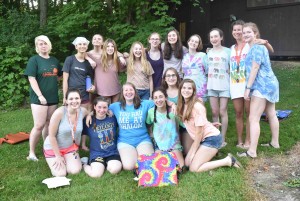 Solel Trip I began in high octane fashion! Day one started off with intense jet skiing and water tubing, and finished with an enormous scavenger hunt race around camp to find counselor sergeant Ryan! This week Solel campers already left camp for their first trip to Put-in-Bay and had a blast kayaking on Lake Erie! We are looking forward to our first Shabbat of the session back at the Home of Happiness. 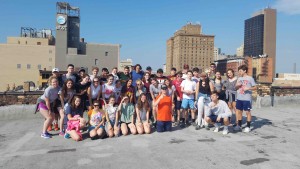