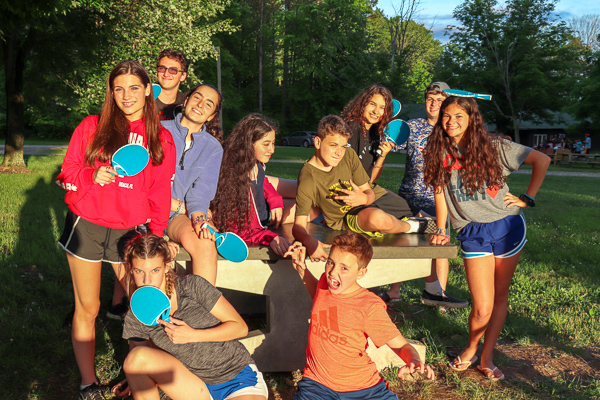 The first week of the summer just flew by! After opening camp all together with a special indoor campfire program on Sunday, we kicked off the week with great weather, friends, and fun. In just one week our campers have already experienced so much of the Camp Wise Magic. In between cabin activities, free swim, silly evening programs, and dining hall song sessions we even had a few groups that took their adventures beyond the normal camp day! Solel, our oldest campers, already had their first out of camp trip! Some highlights from their trip include cheering on the Detroit Tigers, glass blowing in Toledo, and adventures on Put-In-Bay. The Ohalim girls also escaped camp for a bit, and enjoyed a beautiful overnight in the CW woods complete with a BBQ dinner, s’mores, and song session.

As we head into our first Shabbat as a community I am excited to share that we will be introducing our new siddurim (prayer books) on Friday night. At the start of our Friday night Shabbat service, we will say the Shehecheyanu blessing. In Jewish tradition, this prayer is said to celebrate new seasons and to celebrate special occasions. Over the course of Shabbat, campers will also have an opportunity to say goodbye to our old siddurim by decorating boxes that will hold them until they are moved to a genizah, which is where our prayer books will be buried.

Each week, a different village is responsible for planning and leading the camp community in Shabbat and this summer we start with the village of Noar. To prepare for Shabbat each cabin in Noar was given a box of spaghetti, a bag of marshmallows, and five minutes to build the tallest structure they could.  The only rules were the structure had to be able to stand on its own, and they could not eat the materials! While there were some really creative structures, the product was less important than the process. With Rabbi Shana, Noar discussed how they created their structures and how the cabin worked together. As cabins they learned different ways to express leadership.

When we read the Torah on Saturday morning, we will learn that this week’s parsha (Torah portion) opens with Korah and two other men, leading a rebellion against Moses and Aaron accusing them of raising themselves above the community. The source of their leadership is unclear and some members of the community do not support them. In the end Moses and Aaron are proven to be God’s chosen leaders, but there is a rift in the community.

Just like in Korah, Noar asked important questions like, what are the characteristics of a good leader.  Does is matter how a leader is chosen? What role can a leader play in creation of community? How can the community help make a leader more effective?  Our core value for the week is kehilah (community), and we become a kehilah kedosha (a holy community) when we work together, support each other and help everyone in becoming the leader they are meant to be. This is the best part of Camp Wise – all the opportunities to be a part of community and all the chances to develop into a leader!

With all the excitement here in Chardon, it’s no wonder we’ve had many people ask over the last week if it’s too late to register for camp. We do still have limited space available for second session. There are also several programs in August & September designed just for you and your families – Alumni Camp: August 10-12, Family Fun Day: August 19, Women’s Weekend: August 24-26, & Family Camp: August 31-September 2. For more information visit our website (campwise.org) or call the CW office! 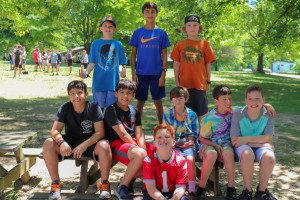 C1 had a lot of fun being silly and doing activities in the ‘choose your cabin pet’ program. They also Tie Dyed their very own Camp Wise T-shirts and will soon be wearing them around camp! They’ve made their own Israeli Shakshuka in outdoor cooking and have recorded their cabin letter home which will be online for you to see soon! 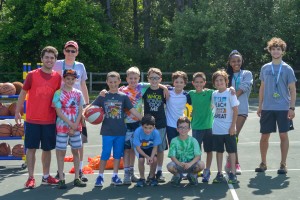 C2 have settled straight into the craziness of camp! They’ve set up a mini basketball court in their cabin, had a glow stick dance party and gone on stage in front of the whole of camp to present a skit inspired by the yodeling boy! They’ve also enjoyed some quiet time learning lots of campfire songs and relaxing in the evening with bedtime storytelling. 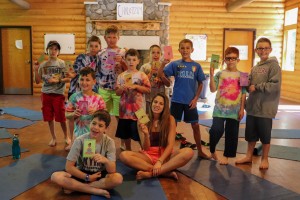 In the first week of camp, C3 had the opportunity to make their camp wise tie dye shirts, and play basketball with their cabin specialist, Josh.  When asked about their week, they said they had a blast cheering on their cabin mates at the lake during the jet ski cabin activity! 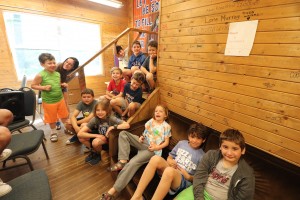 Our Rishon boys spent the first week at camp having a blast climbing the tower, and practicing team work at low ropes.  They couldn’t stop talking about their awesome song session during rest hour with their counselor Ryan! 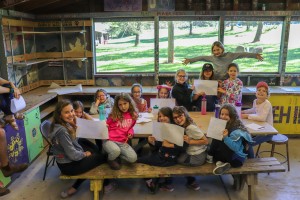 C5 bonded right away at the opening campfire, with their arms around each other they quickly became a camp family and sung along to some Camp Wise favorites. They’ve had the chance to ride the horses, spent lots of time at the pool, and down at the ropes course! They also all dressed up in fun costumes for a ‘Wacky Wednesday’ lunch! 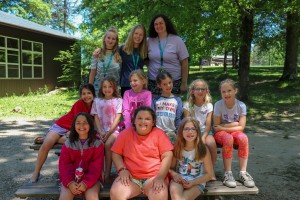 C6 have been down at the lake riding the jet skis and they’ve relaxed with a Camp Wise Yoga session. They’ve sampled games, culture and treats from all around the world in a program led by some international counselors. And they’ve had cake and celebrations for their counselor Erika’s birthday this week! 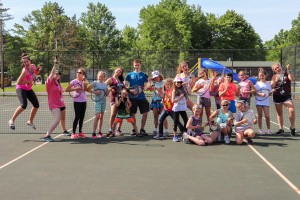 C7 spent their first week doing fun activities like yoga, soccer, and plenty of swimming at the lake and pool.  They started a cheer session in their cabin and sang all of their camp favorites!

This week, C8 had an awesome experience cooking delicious food over a campfire at outdoor cooking!  Their favorite parts of the week were the song sessions during lunch, and making bracelets together as a cabin. 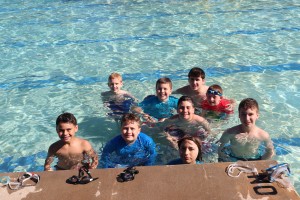 The O1 Fart Noises cabin kicked off week 1 by making awesome Camp Wise tie dyes! They rode through camp during their Mountain Biking chug and love to end their day by listening to one of their counselors, Angus, tell funny bedtime stories! 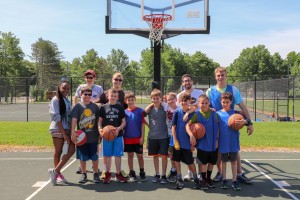 O2 Thwomp has had the best time during the first week of camp! From low ropes to teva (nature) to hanging out with their inflatable dog, O2 is always finding ways to be goofy and make each other laugh! 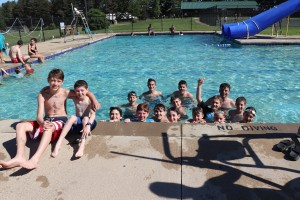 O5 “Kachow” has had an amazing first week of camp! They especially enjoyed making Shakshuka together at their outdoor cooking cabin activity! 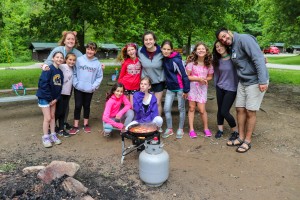 On the very first night of camp, O6 Achoo dressed up in tutus, crazy hats, and funny sunglasses. They haven’t stopped cheering, dancing, and having fun together – especially at their song session and tie dye cabin activities! 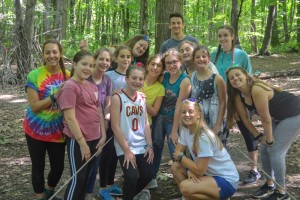 Ca-Ching! Cabin O7 has been having an incredible time this week! A fan favorite was outdoor cooking where they got to make and enjoy a delicious treat! They are always the first cabin up on their benches cheering! 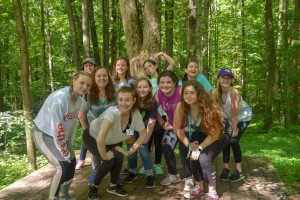 O8 “snap crackle pop” has already done so many fun things around camp! They had a great time together riding horses, shot some awesome bullseyes in archery, and more! They were also the first winners of the “silver plunger,” which is Ohalim’s prize for the cleanest cabin! 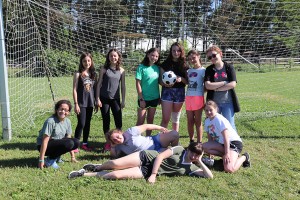 O9 “skkrrrrrrt” has had tons of fun bonding and spending quality time together! The girls loved their improv cabin activity, and also had a great time at low ropes, where they did super fun team building exercises! 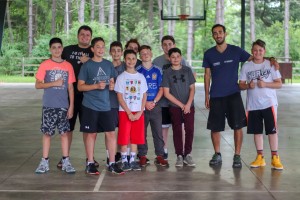 N1 had some really great bonding talks within their cabin. They also had a great time playing basketball together! 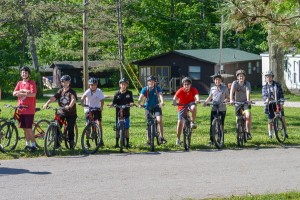 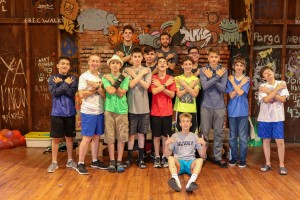 This week N3 had so much fun playing hockey in General Sports! They also shared an important talk about being true to yourself and not being afraid to make a fool of themselves. 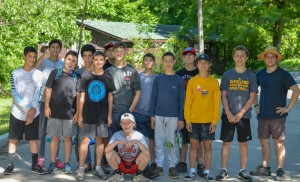 The boys of N4 have really enjoyed their dance cabin activities this week, as they worked together to create their own routine. They also created a great ritual of nighttime storytelling that they have all taken part in. 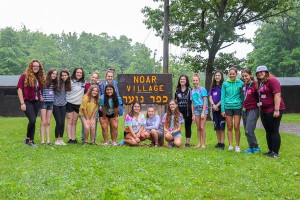 The girls of N5 have bonded so much in so little time! They have created their own sisterhood which welcomes everyone across the whole village! They’ve also enjoyed tie-dying their Camp Wise shirts for the summer. 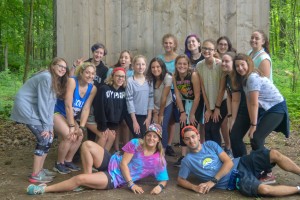 N6 learned how to build trust with each other as they helped one another up the team wall in Low Ropes. They also had tons of fun just hanging in the cabin with their bunkmates. 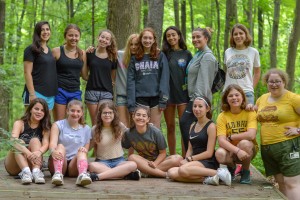 The N7 Fiesta Girls had a great time in the song sessions at dinner, especially rocking out to Love Story! They also got to dance on stage! 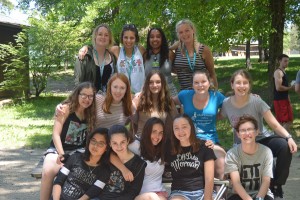 In N8, the girls have felt really #BLESSED thanks to their 100 blessings night time ritual, where they each share reasons that they felt blessed during the day. They also really loved the village dance parties on Monday and Tuesday! 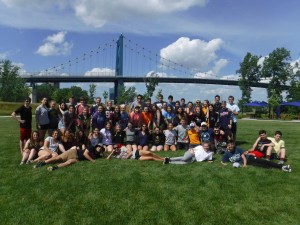 Solel came into camp this week with an incredible amount of energy! The 48 of them have already created so many bonds that will only grow stronger this summer! This week Solel participated in an evening program called photo finish, where they got to reminisce on different places in Camp! Solel also had their first out-of-camp trip where they had the opportunity to create leaves at Gathered Glass Blowing, attend the Detroit tigers game, and went kayaking at Put-In-Bay. Can’t wait to see what’s next!