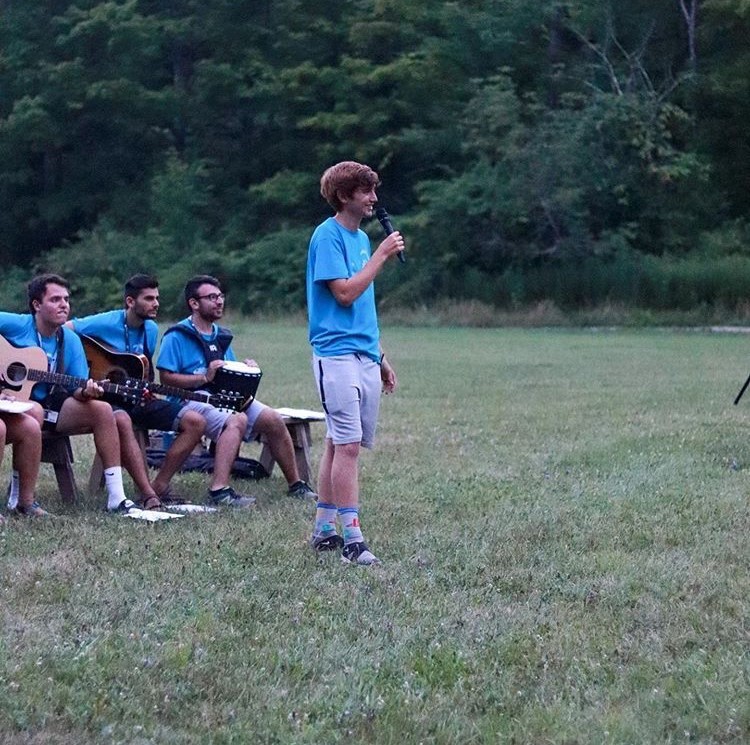 “Work the American Dream” – that is the slogan of AmeriCamp, the program I signed up with five years ago. My expectation was to spend one summer working at Camp Wise; however, I am now looking at getting my five-year bag, a prize aimed for by campers and staff alike who are at CW for 5 summers.

Spending my summers at the Home of Happiness truly has been an American Dream. Camp Wise hires over 50 international staff each summer, which has given me an opportunity to work alongside Americans, Australians, Colombians, Israelis, and others from across the world, learning about their home countries and life stories. In reality, it has turned my American summer camp experience into an international one.

Camp Wise is based in Chardon, Ohio, a small city in the middle of nowhere, deep in Amish country. Most of the local staff and campers come from Cleveland, so Chardon does offer a neutral ground of sorts. Once everyone is at camp, it feels like it could be placed anywhere in the world. Camp operates in its own bubble – when you are there, you are very much disconnected from the real world…in a good way.

As a staff member, this bubble is popped when you go on a day off and explore Cleveland, or spend a day at an incredible host family’s home. I’ve learned that everything is bigger in America. The perfect embodiment of this is stepping into any Walmart and freezing for a moment to take in the sheer scope of the superstore. The reaction of an international staff member’s first visit there is priceless – there is so much to take in!

I really value how much Camp Wise cares about bringing international staff to camp. The cultural exchange it affords provides a great opportunity for campers to learn about the rest of the world, and it gives staff a chance to learn about and experience life in a pluralistic Jewish community (whether they’re Jewish or not). One of my fondest memories is spending time with my campers, sharing stories of my home, answering their questions, laughing at silly different words we have for the same thing, and then debating which one is the right one!

Additionally, working with the other international staff has allowed me to learn about their cultures, which I didn’t expect when signing up for an American summer camp. One place I knew very little about before camp was Israel. I now know that Israel is central to the history and life of the Jewish people. Working with Israelis has given me the chance to learn about the Middle East conflict, how it affects their life, and what it is truly like to live there.

I want to take a moment to talk about my journey with Judaism. When I arrived at camp my first summer, I arrived during the Friday night service of Shabbat. With extreme jet lag and exhaustion, other Brits and I walked into a room lit by candles, sat down, and observed other staff members singing songs we never heard, in a language we didn’t know. I turned to one of the women I had travelled with and said: “I think we’ve joined a cult”. If you’ve been to camp, you know this is not far off, although I think the preferred phrase is community!

Fast forward to this past summer when I was a part of the new Torah dedication ceremony — an event of top religious significance in the Jewish community. As a part of the ceremony, I fulfilled the last Mitzah of the Torah by writing in it. Yes, quite a lot has changed since I first stepped foot at CW. While I am not all of a sudden Jewish, I am a part of the Jewish community as an ally and member of the Camp Wise family. Camp has given me really important space to feel connected and explore my own spirituality.

Camp Wise implements six core Jewish values into day-to-day life, and the one I feel most connected to is Kehillah (Community). Every summer I return to camp for the people and community, of which I now feel such a big part of. Whether we are standing on our benches in the dining hall singing, cheering until we lose our voices during Maccabiah, or sitting around the campfire each night, camp is a place that truly brings us all together. Those moments, it doesn’t matter where we come from or what sets us apart—it’s about who we are when we come together as one. While I only anticipated coming to camp for one summer in 2016, I can’t imagine spending my summers anywhere else and am very excited to return for summer #5 in the place I call home.